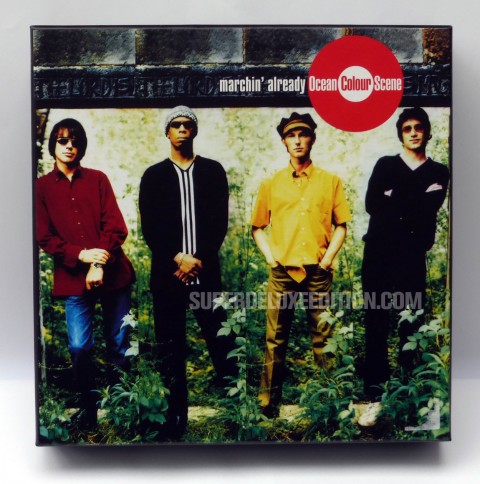 Surprisingly, Universal have opted for a square box (slightly bigger than seven-inches) rather than the usual rectangular ‘shoe box’ (see: Tears For Fears, Level 42).A 40-page hardback book with photos and quite informative sleeve notes (featuring new and frank interviews) sits atop the rest of the content which includes a large foldout poster, a set of badges and four discs.

The first two CDs simply repeat what’s on the deluxe version, but this box then goes beyond that and offers Live at Manchester Apollo on CD and a DVD of Travellers Tunes / Live at Stirling Castle (originally a VHS release in ’98).