Classic 1985 compilation on CD for the first time

Now That’s What I Call Music 5 will be reissued next month as a 2CD set as the reissues of the classic compilation series continue.

If the track listing on Amazon UK proves correct, then there are no omissions, although as has been well documented by fans in the SDE comments section, that doesn’t mean the correct seven-inch versions are always used – but here’s hoping.

Now 5 was originally released in August 1985 and it kicks off with Duran Duran‘s Bond theme, ‘A View To A Kill’, although it doesn’t feature the song that kept Duran off number one in the UK singles charts which was Paul Hardcastle‘s ’19’. What it does include is the Rory Bremner-led spoof version of that song, ‘N-n-nineteen Not Out’, which was credited to ‘The Commentators’. It later turned out that Hardcastle actually helped them put this together but was under strict orders to keep it a secret.

Other big hits of the day including Paul Young‘s US number one ‘Every Time You Go Away’, Scritti Politti‘s ‘The Word Girl’, Stephen ‘Tin Tin’ Duffy‘s ‘other’ hit (‘The Icing On The Cake’), Marillion‘s ‘Kayleigh’, Simple Minds‘ ‘Don’t You Forget About Me’, ‘Out In The Fields’ by Gary Moore and Phil Lynott and Howard Jones‘ ‘Life In One Day’. 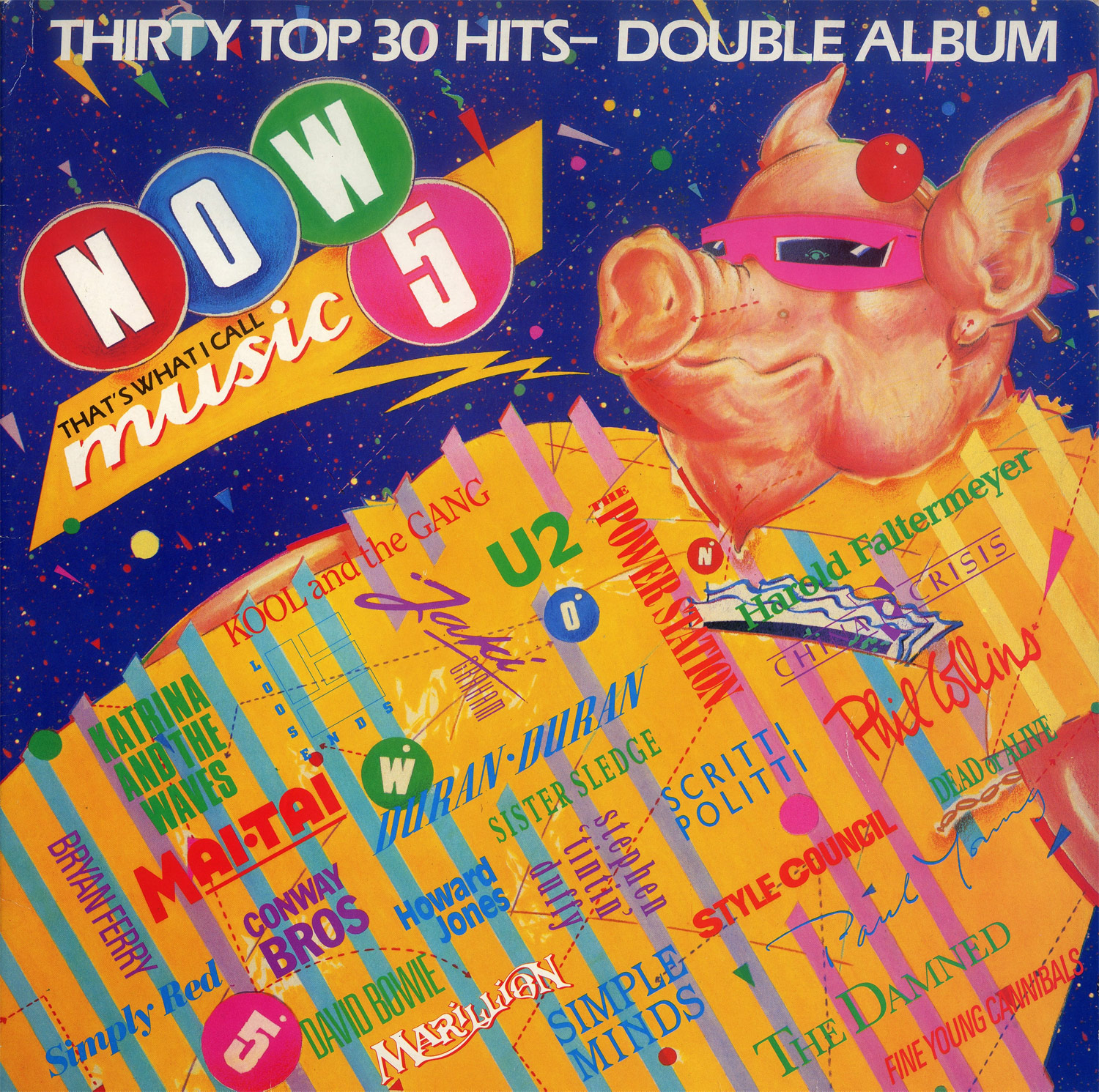 “Please sir, can I have some more?”